People all over the world have finally got their hands on the Nintendo Switch, and with a relatively generous supply of games supplied at launch when including Nintendo eShop offerings, choices on which software to buy must be made. One of these launch day titles is a port of last year's Just dance 2017 which was released on all major home consoles last October. So how does this new version compare?

Well before getting into that, let's have a quick overview of the Just Dance games for those that are unaware. Your basic task is to follow the direction of an on screen dancer to earn points. The complete dance routine is shown in the centre of the screen, with smaller icons displayed in the bottom corner signalling which moves are about to come up. To keep things as interesting as possible several modes are available with different goals to hit or different purposes entirely.

At the heart of this is your standard Just Dance mode, which has been a staple of the series. This mode allows you to jump in to any one of the songs included in the game and just have fun, racking up points and trying to get five stars. Different routines are available, from solo offerings to dances for quartets, although you don't need to have three willing volunteers to play with you to try these out – you are able to choose which dancer you would like to imitate and play on your own if desired. 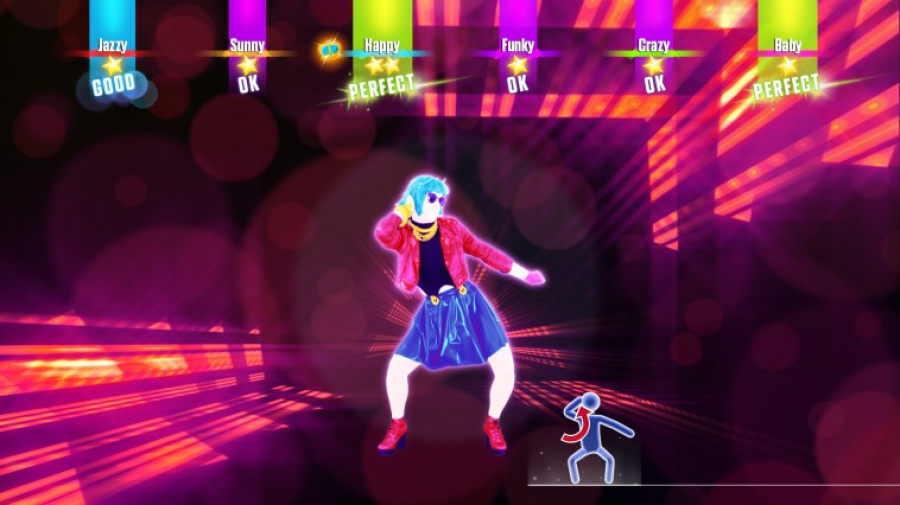 Other modes returning from previous games in the series include: 'Dance Quests', in which you dance to a setlist of three songs against AI competitors trying to earn a bronze, silver or hopefully gold trophy by placing third, second or first overall respectively; 'Sweat' mode which swaps points earned for calories lost – enabling you to create your own workouts whilst keeping an eye on how many pizzas you've managed to burn off; finally some online focused offerings for the most competitive dancers out there.

The first of these online modes is 'Just Dance TV', basically a creepy, virtual portal into front rooms around the globe. Here players can share videos of themselves dancing along to their favourite songs and you have the option to "like" any that take your fancy. Interestingly with the Nintendo Switch's lack of a camera, as opposed to the one built-in to the Wii U Gamepad and camera accessories available for other consoles, it is impossible to share your performances with the world through your system this time around.

The second of these modes is 'World Dance Floor' which takes things up a notch. Here you are thrown in to a worldwide stream to compete against other players from around the globe in real time. After voting for your preferred song, you start to dance along just as you would in any other mode, except this time there is a leaderboard on the left hand side indicating how well you're doing in relation to everyone else dancing along with you. Getting to the top of these rankings is a very hard feat; practice in other modes is recommended first if you're the competitive type hoping to beat the best. 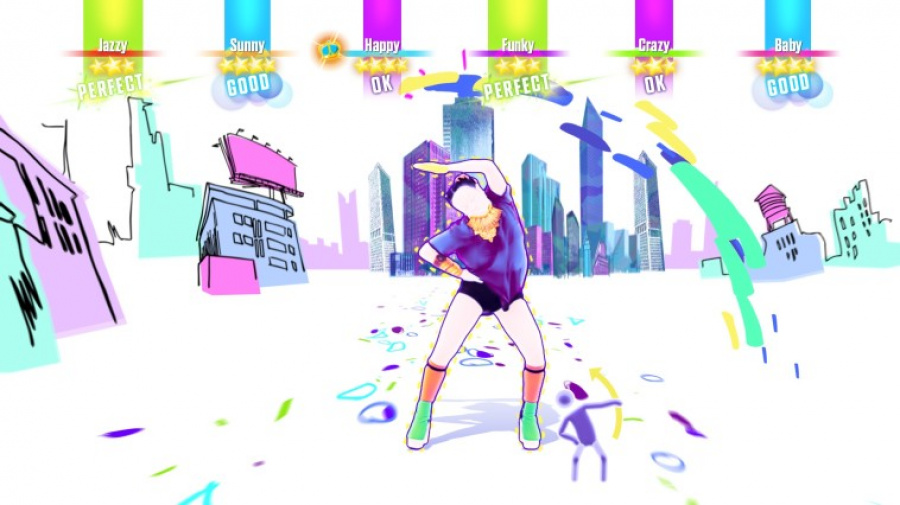 The one entirely new mode to Just Dance 2017, also available on other consoles, is 'Just Dance Machine'. Here, aliens are running out of energy for their spaceship and spot Earth in the distance. After considering a banana and a chicken as possible sources of fuel they settle on a dancing human – you (yes, really). Your job is to dance along to short clips of songs which vary from wildly different genres in order to score enough points to help the aliens home. A nice change, but not really enough to shout about.

As has become tradition, this games' soundtrack features mostly songs from the last two or three years with some older ones thrown in for good measure. Songs such as 'Watch Me (Whip/Nae Nae)' by Silentó makes an appearance for chart lovers, 'Don't Stop Me Now' by Queen is there and 'PoPiPo' by Hatsune Miku rounds off a game featuring a relatively wide selection of genres including standard pop songs, dance, J-Pop, rock, and disco to name a few. Not quite something for everyone – but not too bad.

'How Deep Is Your Love' by Calvin Harris and Disciples has been added as a timed exclusive for Nintendo Switch owners, although this is only available through Just Dance Unlimited – a paid subscription service giving players access to an ever-growing catalogue of over 200 extra songs which are available throughout all game modes. When starting up the game you are offered a 90-day trial of this service, which is well worth it to see if it feels like a good idea for you. It is worth noting that a Nintendo Account is needed to do this.

Players can either dance along using a single Joy-Con or a smartphone, after installing an app to sync with your console. We would argue that the Joy-Con offers a slightly smoother performance and is much more comfortable to hold than a smartphone – which without a wrist-strap seems much more likely to find itself flying across the room and occasionally caused the game to stutter slightly for us. Both options track your movements just as precisely as previous instalments in the series – it never feels quite perfect but it is good enough to have fun with. The game mostly runs perfectly, although during our time playing we did encounter a rather odd glitch which caused a bright orange smiley face to completely take over the screen for a few seconds before the game decided to turn itself off… How bizarre. 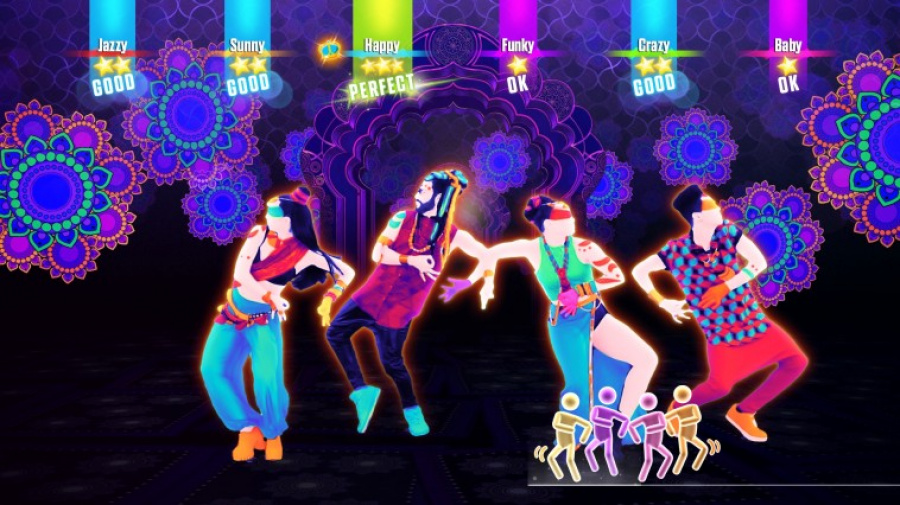 Of course, exclusively for Nintendo Switch is the ability to play in tabletop mode. It is clear that Just Dance is primarily a home console game, with the TV setup being almost crucial to its success – the Switch's screen just isn't large enough to be a viable option for very long. Playing solo this way is possible although still not desirable, but including any more players than that results in more squinting than dancing, so we recommend sticking to TV mode

All orders are processed within 1 to 2 business days (excluding weekends and holidays) after receiving your order confirmation email. You will receive another notification when your order has shipped. If you have any questions, please contact us at hello@poggers.com or call us at (262) 476-5047 to speak with one of our team members.